Jah Baba is a devoted Africanist artist from Benin and Nigerian. He was introduced to music alongside his father, a Jazz artist well known in West African. True to its cultural heritage from which it takes its inspiration, Jah Baba offers a variation of Afro-Jazz with some strains of gospel. His album of 14 titles out in 2011 allowed him to be invited on several continents including to the USA where he gives a representation in the U.S. Congress.

Project Chameleon was born in the Fall of 2015 under the leadership of Gerald Kébreau (bass) with Josué Alexis (piano) and Norman Iméran “Poupy” (drums). Beyond the pleasure of playing good music, the experience of these three musicians forms the harmony to which are added mix vocals and instruments of young Haitian musical talents. From their mastery of different musical trends, the Chameleon trio adapts its talents and repertoire to every emotion and musical encounters, with the ambition of different outcomes and a constant evolution.

This young drummer started his music career in konpa with the legendary Tabou Combo, which he pursued by touring with Carimi for 4 years and playing with Sweet Micky in 2008. He collaborated with Yoan Doré, Rutchel Guillaume and Stevie Mahé from Guadeloupe. Nau has started his « Live jam band » in 2011 with the intention of mixing jazz, rock, funk and konpa. 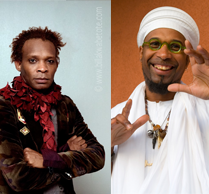 On the borders of ancestral and post-modernism, Omar Sosa & Erol Josué: a bridge between the minds of the Cuban Santeria and those of the Haitian voodoo, driven by the two most rooted and most visionary artists of the genre.
Born in Cuba in 1965, Omar Sosa was influenced both by classical music and by the African heritage present in Cuban music. Sosa’s music unites Africa with Latin Jazz and Hip Hop. It’s one of those rare artists whose talent for piano is close to that of Chick Corea or Chucho Valdes.
Ben Ratliff, New York Times Erol Josué is a complete Haitian artist, a magnetic and stereotype buster. Voodoo priest, actor and dancer, he is like the voodoo spirits that inhabit him, a strange telescoping of time and geographies.
Read More

Haitian-American composer, arranger and vocalist Pauline Jean is a rising star who, with her distinct rich contralto, introduces her creativity and her culture into to day’s music scene.Pauline brings a new perspective to her music with an erudite blend of her Kreyòl roots and modern and classic jazz. Her exceptional and inventive interpretations make her an instant favorite with audiences of all ages. Pauline has performed extensively at prestigious venues and festivals worldwide. 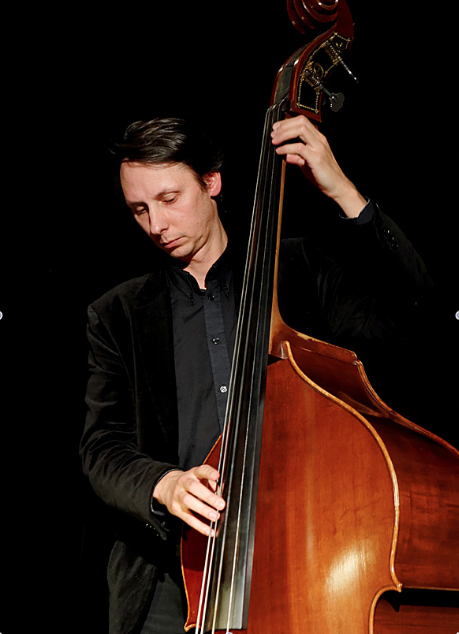